Sony has announced a PlayStation State of Play broadcast that is set to happen on October 27. Gamers are excited to see the new updates and other reveals during the broadcast session.

"We will be focusing on announcements and updates for upcoming third-party releases headed to PS5 and PS4," said Sony. "[We] will share new looks of previously announced games, plus a few reveals from our partners around the world," added Sony. 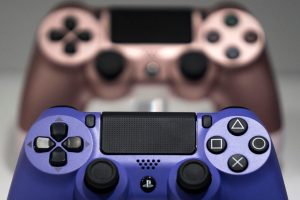 The last PlayStation State of Play happened just a few months ago in July. The July broadcast brought a better look at Deathloop, an update to Lost Judgement,  an extended Demon Slayer gameplay,  a glimpse at the new JETT: The Far Shore, and post-launch details for Tribes of Midgard. The new games announced during the event were Moss: Book 2, Arcadegeddon, Hunter's Arena, and FIST: Forged in Shadow Torch.

The short PlayStation blog on the event didn't hint at any new updates or games. However, SIFU was pushed to 2022 in the July broadcast. The game slated for release on PS4, PS5, and PC is a Kung-Fu game, where the character ages as he/she is defeated. Other games that are speculated to be unveiled at the broadcast include Final Fantasy 16, Little Devil Inside, Forspoken, Ghostwire: Tokyo, and Stray.

State of Play will be broadcast next Wednesday, October 27 at 2:00 pm PT/10:00 pm BST. You can watch the broadcast live on Twitch and YouTube.