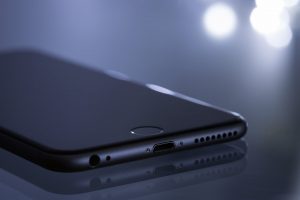 iPhone fans are eagerly talking about the "iPhone 14" that is slated to be released in 2022. Even though, the tech giant hasn't revealed the official name of the phone yet, its features and specifications have already come to light. Users are expecting major changes for the new model including improved camera features and new design elements.

While iPhone 12 and iPhone 13 feature a similar design, iPhone 14 is expected to have a new design. According to Apple analyst Ming-Chi Kuo, a significant design change of the new model is the removal of the notch cutout. The notch design was first introduced with the iPhone X. Kuo says that Apple will introduce a “punch-hole design” starting with the iPhone 14 Pro. Punch-hole design refers to a display with only a small circular cutout for the front camera. The hole-punch would enable a full-length status bar compared to the short status bar with only battery and signal information of the notch design. The iPhone 14 will also feature a 48-megapixel wide lens for the rear camera system.

Kuo has also suggested that Apple will not go with the 5.4-inch iPhone in 2022. Instead, it will offer a lineup of 6.1-inch and 6.7-inch phones. This is because the small form factor phones did not see the sales figures that Apple had expected. Some reports suggest that Apple might include a 2TB QLC storage for the phone. Some users also wish to see an always-on display to view time, notifications and information at a glance.

The iPhone maker has been exploring the possibility of a port-less design to build a wireless phone. Therefore, it is rumored that the company will remove the lightning port from its new models. Instead, the new phones will include MagSafe and wireless connectivity for charging and data transfer.

Reports suggest that Apple will release the iPhone 14 lineup in the second half of 2022.

How to Solve the 5 Common iPhone troubles

Post Views: 361
We hope you love our reviews! For your information, we do earn money from commission in the link in the content! For more information click here!
Tags: iPhone 14iPhone 14 featuresiPhone 14 launch dateiPhone 14 Max ProiPhone 14 ProiPhone 14 release date
ShareTweetShare