Cellphone maker Samsung has announced that it will be hosting Galaxy Unpacked Part 2. The event will be held online to give new updates and details on upcoming devices that the company has been working on. The company also put out a 12-second video to advertise the event.

"Join Galaxy Unpacked Part 2 on October 20 to see how Samsung is opening up new experiences for self-expression through technology. The event will be streamed at Samsung.com beginning at 10 a.m. ET" announced Samsung. It will also be streamed on the company's YouTube channel. 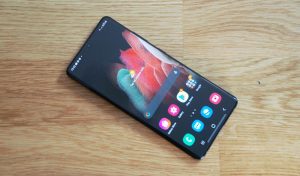 Rumors from Twitter mention that Samsung might be introducing new color options for the Galaxy Z Flip3. Another tweeted that the Galaxy Unpacked Part 2 is just a fridge from the Bespoke series.

At this point, it is not clear whether the mobile phone maker will be releasing the Galaxy S21 FE at the Galaxy Unpacked Part 2 event. The latest reports cite that the phone might only be debuted towards the end of December or in January. Many suggest that the new Galaxy will just be a similar version of the Galaxy S21,  sporting a 6.4-inches display, triple camera setup, and 4500mAh battery.