Valve's handheld console, Steam Deck, will be released in February as expected. The video game developer delayed the launch by two months last year owing to the global chip shortage.

"First and foremost, we’re on track to ship Steam Deck on time. Global pandemic, supply issues, and shipping issues notwithstanding, it looks like we'll be able to start getting these out the door by the end of February," wrote Valve.

The company has also said that it has been sending Steam Decks to developers to get the device bug-free in time for the release. "It is also important that we give developers the ability to test their games in order to get that nice green Verified check, so we’ve been sending developer kits out in quantity. We've been approving another wave of dev kits, and hundreds have been shipped out in the last month (and we're continuing to approve and send out even more)," informed the video game developer. 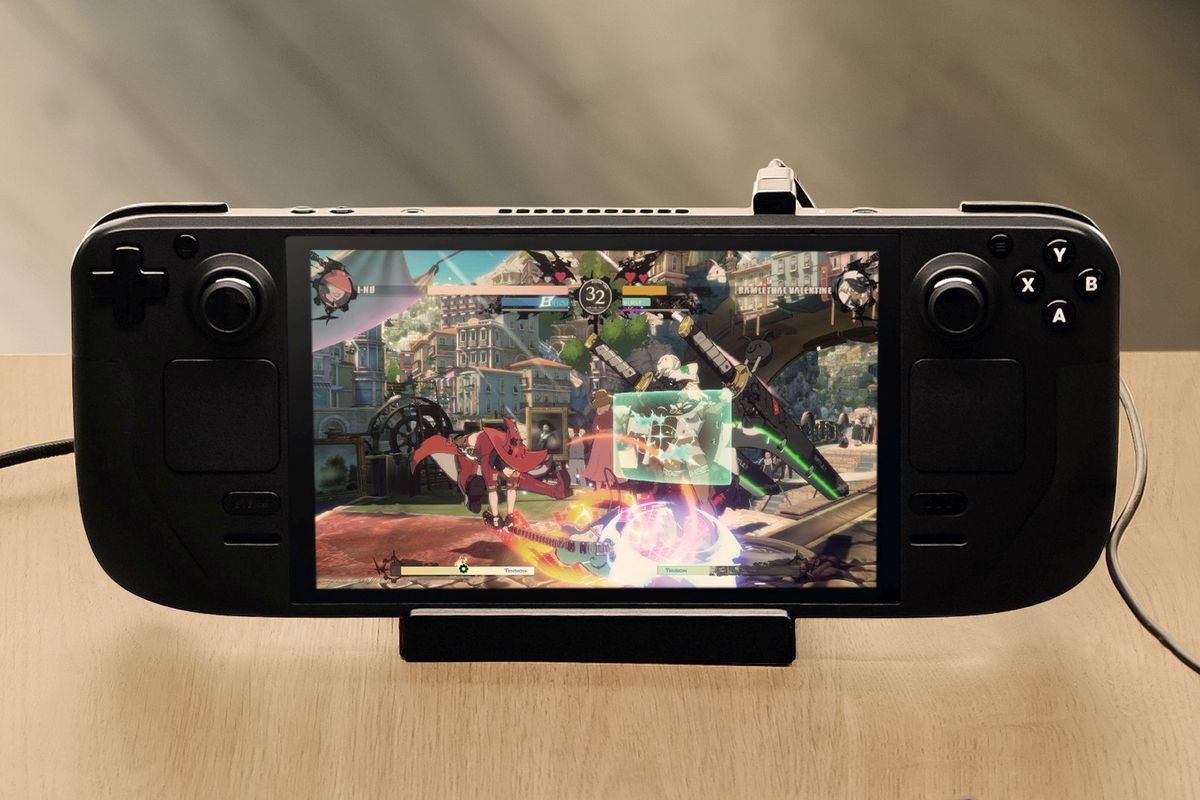 Steam Deck is a gaming handheld from Valve to bring users portable gaming. Users will need a Steam account to play on the device. All the Steam games that a user has bought already using the existing Steam account can be played on this handheld gaming device. They can even stream games to the Steam Deck from another PC.

Valve announced its handheld gaming console last year. The console is priced at $399 along with  $529 and $649 models as well.

The device features an AMD APU containing a quad-core Zen 2 CPU with eight threads and eight compute units’ worth of AMD RDNA 2 graphics, along with 16GB of LPDDR5 RAM. There are three different storage tiers for the price tags: 64GB eMMC storage for $399, 256GB NVMe SSD storage for $529, and 512GB of high-speed NVME SSD storage for $649, according to Valve. You can also expand the available storage using the high-speed microSD card slot.

The Steam Deck offers a wide range of control options. There are two thumbsticks, and two small, Steam Controller-style trackpads below the thumbsticks This could give users more precision for games like a first-person shooter. The front of the Steam Deck features ABXY buttons, a D-pad, and a 7-inch 1280 x 800 touchscreen for 720p gameplay. The device also houses a gyroscope for motion controls. It has two shoulder triggers on each side, and four back buttons (two on each side) as well as built-in microphones.

According to Valve, "[Steam Deck] is a Zen 2 + RDNA 2 powerhouse, delivering more than enough performance to run the latest AAA games in a very efficient power envelope."

'The Steam Deck was built for extended play sessions—whether you're using thumbsticks or trackpads—with full-size controls positioned perfectly within your reach. The rear of the device is sculpted to comfortably fit a wide range of hand sizes," the company added.

According to a report from IGN," “Steam Deck’s onboard 40 watt-hour battery provides several hours of playtime for most games. For lighter use cases like game streaming, smaller 2D games, or web browsing, you can expect to get a maximum battery life of approximately 7-8 hours. You can play Portal 2 for four hours on this thing. If you limit it to 30 FPS, you are going to be playing for 5-6 hours.”

You can reserve your orders on the Steam Deck page and choose between three different options. One Steam Deck can be reserved and ordered per customer. Only customers in the United States, Canada, European Union, and the United Kingdom can reserve a Steam Deck.

More to read: Samsung Display’s New QD-OLED Panel Could Beat All Other Displays

Post Views: 243
We hope you love our reviews! For your information, we do earn money from commission in the link in the content! For more information click here!
Tags: AMD RDNA 2 graphicsHandheld consolePortable gamingSteam DeckValveValve handheld consoleValve Steam Deck
ShareTweetShare

How To Pick The Best Fitness Machines In 2022