Xbox is celebrating 20 years of being in the gaming arena on the 15th of November. It is are commemorating the event by rolling out two special edition accessories for its community.  20th Anniversary Special Edition Xbox Wireless Controller and 20th Anniversary Special Edition Xbox Stereo Headset will roll out on November 15 complete with new features. 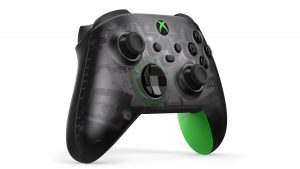 "Sleek and sentimental – all in one package," says the gaming hardware maker about its special edition controller.  They have chosen to give the unit a translucent black finish with silver internals. Using signature green to accent the exterior frame, the gaming giant has designed an elegant-looking controller, giving the fans a finer detail of the inner workings of the unit.

According to the gaming firm, the new controller will feature "improved ergonomics, better cross-device connectivity, a dedicated Share button, and reduced latency." It is compatible with Xbox Series X|S, Xbox One, Windows PCs, Android, and iOS via Xbox Wireless. The unit is available for pre-order today for $69.99 and can be purchased at the Microsoft store and at various other retail outlets. 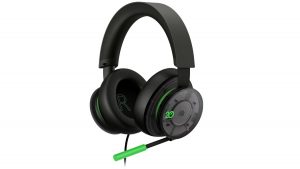 To match the design of the special edition controller, the gaming studio has fitted the special edition headset with a translucent black body and silver internals. Fitted with soft and large earcups, there are on-ear controls for muting and adjusting the volume.  The headset supports sound technologies including Windows Sonic, Dolby Atmos, and DTS Headphone: X. The headset is available for pre-order today for $69.99 and can be only be purchased at the Microsoft store.

Additionally, the gaming giant is also rolling out a 20th Anniversary Limited Edition Razer Universal Quick Charging Stand. Featuring overcharge protection, the company claims that this charging stand can fully charge your controller in under 3 hours.

There have been numerous special edition Xbox controllers in the past that have charmed fans. These are limited edition controllers with special features that usually get sold out quickly.

Google May Offer Google Pass to Compete with Apple One