All About the Google Pixel 6 Launch Event

Google has released its two new phones at the Google Pixel 6 launch event. The tech giant also rolled out Pixel Pass, a subscription service starting at $45 per month for its U.S. customers. The new subscription will include Pixel 6 and access to Google One, YouTube Premium and YouTube Music Premium, Google Play Pass, and Preferred Care.

The pricing for Pixel 6 will start at $599 and the Pixel Pro will be priced at $899. Users can pre-order from the Google Store, but the store is currently facing some technical issues. The phone will be widely available for purchase starting October 28. 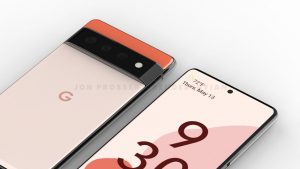 The Google Pixel 6 launch event officially launched the Pixel 6 and Pixel 6 Pro powered by the tech giant's proprietary chip called Tensor. The chip helps in voice recognition, making photos less blurry, Magic Eraser feature, and real-time captions and translation.  Both the phones feature a new design, a metal body, and a black band across the back.

The Pixel 6 is the smaller of the two handsets featuring a 6.4-inch OLED display with a refresh rate of 90Hz. The camera setup is a 50MP wide lens and a 12MP ultra wide lens along with an 8MP selfie camera. The back camera is capable of 4K recording at 60fps while the front camera can shoot video at 1080p/30fps.

The Pixel 6 Pro is fitted with a 6.7-inch LTPO OLED display with a refresh rate of 120Hz. It can automatically adjust the refresh rate as well. The difference between the Pixel Pro and Pixel is in the camera, the battery, and the display. The Pixel Pro has a slightly larger display and one extra 48MP telephoto shooter that allows zoom up to 20x. The new handset also has a better front-facing camera which is an 11MP lens with a 94-degree field of view.

Both the phones share the same security features, including the under display fingerprint sensor.