Asus has introduced a new gaming tablet that it describes as the "ultimate portable gaming device" and “the world’s most powerful gaming tablet”. The Asus ROG Flow Z13 was unveiled at CES 2022 along with other new releases from the company.

The Asus ROG Flow Z13 combines the power of Intel’s latest 12th gen processor and Nvidia GPU. It features 13.4-inch display with a thickness of 12mm. The tablet highlights a built-in kickstand that can be opened up to 170º and can be adjusted according to user preferences. 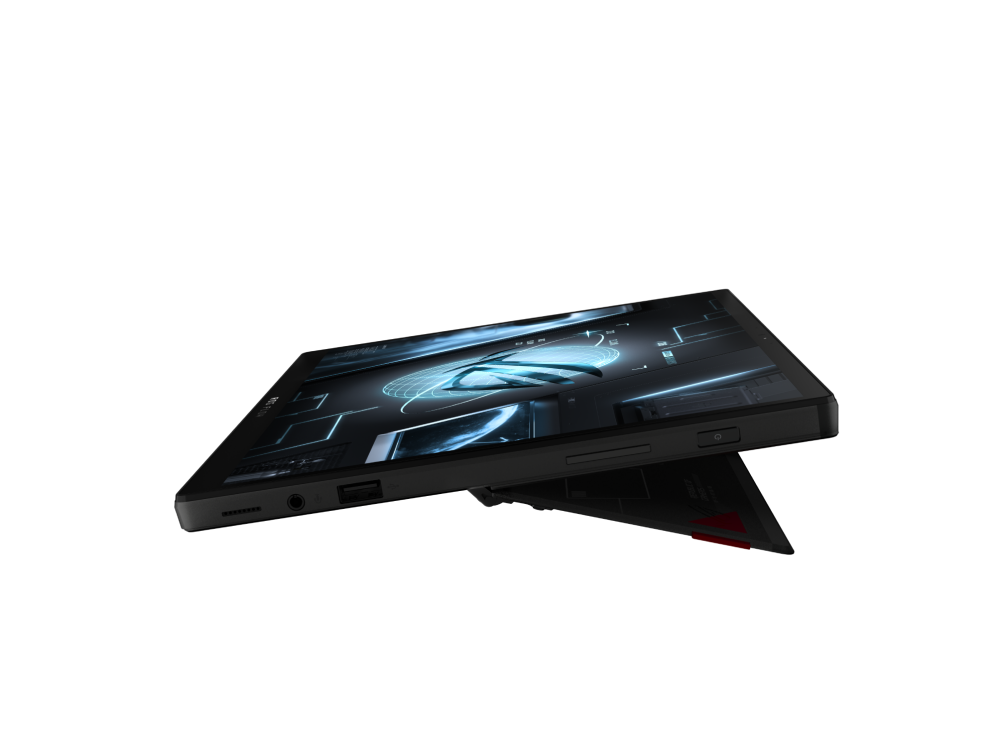 The device is powered by an Intel Core i9-12900H processor with 6 performance cores and 8 efficient cores it also houses an integrated Intel Xe GPU with 96 execution units. Asus also provides customers i7-12700H and an i5-12500H option of the ROG Flow Z13 as well.

The graphics of the device will be handled by Nvidia RTX 3050 Ti featuring 2,560 CUDA cores and 4 GB of GDDR6 video memory. The GeForce RTX 3050 Ti GPU was announced by Nvidia last year. The combination of 3050 Ti and core i9 can cause a lot of heat. However, Asus claims that the component of the laptop is arranged vertically allowing the cooling system to blow air over them.

The port selection of the gadget includes a USB-C with Thunderbolt 4 and DisplayPort 1.4, a USB-A, a microSD slot, and a headphone jack. Asus is launching the gaming tablet in two varieties; the default option is a 1080p display with a 120 Hz refresh rate and the other boasts a 4K display with a 60 Hz refresh rate. Asus ROG Flow Z13's price isn't revealed yet.

Hardware maker Asus is trying to dip its toes into the tablet gaming arena, an area that lacks efficient devices. A tablet made exclusively for gaming equipped with a budget-friendly GPU should ideally attract gamers who are looking for portable gaming devices.

Post Views: 192
We hope you love our reviews! For your information, we do earn money from commission in the link in the content! For more information click here!
Tags: Asus gaming tabletAsus ROG Flow Z13CES 2022Gaming tabletGeForce RTX 3050 TiPortable gaming devices
ShareTweetShare

OnePlus 10 Pro Launched in China: Here Are the Specs