The update to Wear OS 3 emulator in Android Studio contained certain pictures of a smartwatch. According to 9to5Google, the watch is the long-rumored Google Pixel Watch.

The report said that they found a video within the files of Wear OS 3’s emulator which showed off a variety of watch faces that will be available on an upcoming Wear OS device. "In total, 10 different watch faces are showcased, including one that prominently shows the Fitbit logo. More importantly, though, two of the watch faces, pictured below, were also seen in internal renders of the Pixel Watch," said the report. 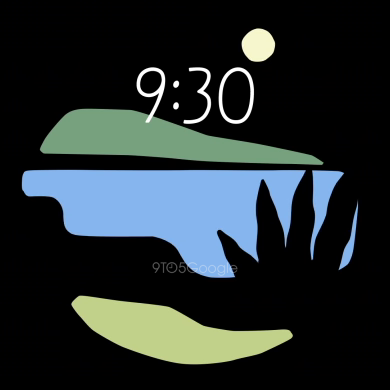 The first watch face indicates the time in numerals while the second watch face gets heartbeat rate, weather, and date. The third watch face features a similar design with a ring that surrounds the time and the footstep count.

The fourth and the fifth watch face feature the same design highlighting river and grass. The color theme of these faces seems to vary with time of the day.

The next three pictures sport an analog clock. The first one with just a minute hand and a second hand, the second one is a full analog clock with minute and second hand along with weather, step count, etc., and the third one features only a part of the clock's numbers with a date.

The next watch face has a clock placed slightly to the left side and the trackers to the right. The last watch face of the Google Pixel Watch highlights a Fitbit logo and is given a color that is typically associated with the Fitbit app.

Google seems to be going for a stylish smartwatch and with Fitbit's expertise, we could be looking at one of the best watches in the market.

Post Views: 122
We hope you love our reviews! For your information, we do earn money from commission in the link in the content! For more information click here!
Tags: GoogleGoogle Pixel WatchGoogle smartwatchPixel WatchSmartwatch
ShareTweetShare

Top 3 Tech Gifts That Everyone Will Love This Holiday Season