As the Google Pixel 6 and Google Pixel 6 Pro releases approach, fresh details emerge that give new insights into the features of the phone. A new leak was posted on Twitter by Android Central's Alex Dobie. The post showcased a few images of the new phones and revealed details of their battery capacities. According to him, a Pixel 6 repair guide was leaked which is the source of the current details.

The leak suggests that the Google Pixel 6 and Pixel 6 Pro batteries will have 4614mAh and 5003mAh capacities respectively. The battery capacity is a significant improvement compared to the Google Pixel 5 (128GB + 8GB RAM, 6-inch Android 5G Phone). Also, from the images Pixel 6 Pro's bezels look thicker than the bezels on Pixel 6. Pixel 6 Pro and Pixel 6 are fitted with two different display panels. 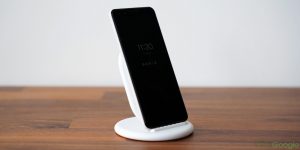 To add to the pile of Pixel 6 leaks, M. Brandon Lee has revealed features of the New Details Emerge as Google Pixel 6 Release Looms that Google is slated to launch in the future. Lee's Twitter post discloses several significant features of the new device. The new Pixel Stand is highlighting a significant upgrade compared to its predecessor released in 2018. The most noteworthy upgrade is the 23W fast wireless charging speed compared to the 10W charging speed of the older sibling.

"Google Pixel Stand (2nd Gen) will come in at $79, can charge at 23W, has two charge points, two colors & has a fan," quotes Lee. The device features a new design and will be available in rock candy and fog colors. It is also equipped with dual charging coils where the upper coil is dedicated for Pixel phones and the lower one is optimized for Pixel wearables.