“It’s been clear for a while that the way we communicate online is changing. Most of us use social networks and feeds to discover interesting content and stay updated. But for a deeper level of interaction, messaging has become the center of our digital lives. It’s more intimate and private, and with encryption, it’s more secure too,” wrote Meta CEO Mark Zuckerberg, announcing the news on his public Facebook profile.

"We are now building tools for close-knit communities to have private conversations on WhatsApp.
Communities on WhatsApp will enable people to bring together separate groups under one umbrella to better organize conversations," reads the Meta website.  This new functionality will replace the group chats with more features and better ease of use. With the Communities feature Meta has added support for tools like file sharing, 32-person group calls, emoji reactions, admin tools, moderation controls, etc.

Communities is positioned as a directory of groups where anyone can run a community with participation from diverse groups that have something in common. You can create a community and invite multiple groups to join in. For eg; a principal can create a school community, invite the student groups, the teachers' groups, the management staff group, etc., to have a discussion with the school at large. The principal can also host sub-groups according to batches of classes or school clubs. A club can host sub-groups for planning school events and activities.

Check out the Oculus Quest 2 Elite Strap for Enhanced Support and Comfort in VR. 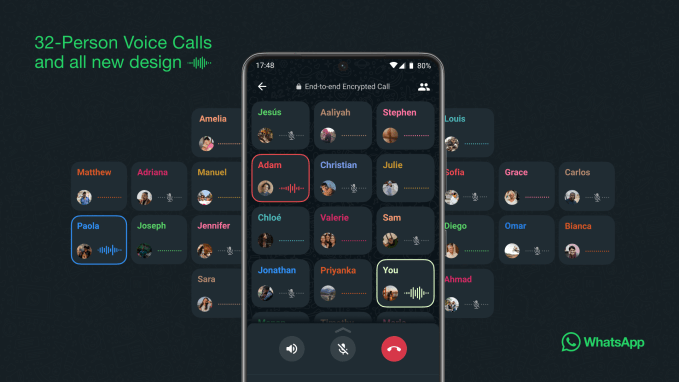 Apart from special features for admins, users have been given certain controls as well. Users can decide who can add them to a community. They have the option to report abuse, block accounts, and leave the group when they no longer wish to participate. Most importantly, users can silently leave a group without notifying the other users, unlike the traditional WhatsApp group chat.

The new feature will allow people to see each other's phone numbers when they are invited to join a community. Unlike Facebook groups, WhatsApp will not allow users to search for or discover Communities. You have to be invited to the groups to join them.

WhatsApp's new feature could be a major challenge to platforms like  Telegram, iMessage, Signal, GroupMe, Band, Remind, etc., which people use to communicate with groups. The Communities functionality is not live yet. It is being launched to only a limited crowd for beta testing.

Post Views: 452
We hope you love our reviews! For your information, we do earn money from commission in the link in the content! For more information click here!
Tags: WhatsAppWhatsApp CommunitiesWhatsApp group chatWhatsApp messaging
ShareTweetShare

Netflix Is Losing Its Chill As Subscribers Dwindle