Apple AirPods Pro 2 To Be Unveiled This Week: Report

Apple is revealing its second generation AirPods Pro at its “Far Out” event on Wednesday, according to Bloomberg reporter, Mark Gurman. The Apple AirPods 2 predecessor, AirPods Pro 1 was a hit in the market with the tech giant selling a total of 90 million AirPods during the holiday quarter of 2021.

“The new AirPods Pro will update a model that first went on sale in October 2019. I reported last year that new AirPods Pro would arrive in 2022, and now I’m told that Wednesday will be their big unveiling,” as per Gurman’s Power On newsletter.

The new AirPods are rumored to have a number of upgrades including a boost to sound quality. The quality will be improved using either Apple’s Lossless Audio Codec (ALAC) by ditching Bluetooth or by adding Bluetooth 5.2 support, which uses the LC3 codec to transmit audio more efficiently.

Rumors also suggest that the AirPods Pro 2 may adopt the in-ear wing tip design of the Beats Fit Pro sport. It could come with a charging case that emits a sound when searching for it using Apple’s Find My app. The earbuds is expected to come with Apple’s H1 processor. 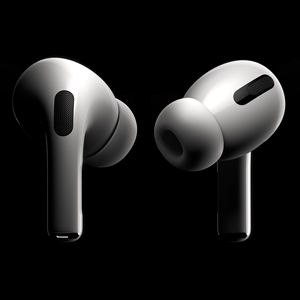 The Far Out Event

Apple's Far Out Event on Wednesday is an in-person event that will be conducted at the Steve Jobs Theater at the tech company’s Cupertino campus. This will be Apple’s first big product launch event to take place in the theater since the pandemic. The company will also be streaming the Far Out event online.

At the event, the Cupertino-based giant is set to reveal a pile of new Apple products. The company is expected to unveil the new iPhone 14 series and three new Apple watches, including a smartwatch for athletes who participate in extreme sports.

According to rumors, the iPhone 14 Pro line is expected to have the best upgrades.  Apple is rumored to be ditching the infamous notch which will be replaced with a hole-punch selfie camera and a pill-shaped cutout for the Face ID sensor. The tech company is expected to be adding an always-on mode for the display for Pro phones. It might also feature iOS 16’s new lock screen widgets even when you click the screen off.

Post Views: 221
We hope you love our reviews! For your information, we do earn money from commission in the link in the content! For more information click here!
Tags: AppleApple AirPods ProApple AirPods Pro 2Apple eventApple Far out event
ShareTweetShare