When someone hums ‘Pour your sugar on me’, millennials immediately go back to their childhood. Def Leppard was a rock band from the 1980s that made it big with their music and influenced millions of 80s and 90s kids to listen to their new style of rock music. Some millennials hold a special place for the Def Leppard crew in their hearts. They haven’t lost their charm even in the 2000s.

Def Leppard went from a new wave of British heavy metal hip to No. 1 on the Billboard Hot 100. With the help of meaningful and powerful music, they have rocked the pop industry since their formation. They have sold over 100 million records worldwide and are one of only five rock bands with two original studio albums that sold over 10 million copies in the U.S. 45 years later the crew is still standing dishing out new tracks for the world to enjoy.

So if you are a fan of Def Leppard, there’s good news. The crew is doing a stadium tour in Florida which kicks off in Nashville in the month of June 2021.

This article will shed some light on this music band and their journey. So let’s take a look. 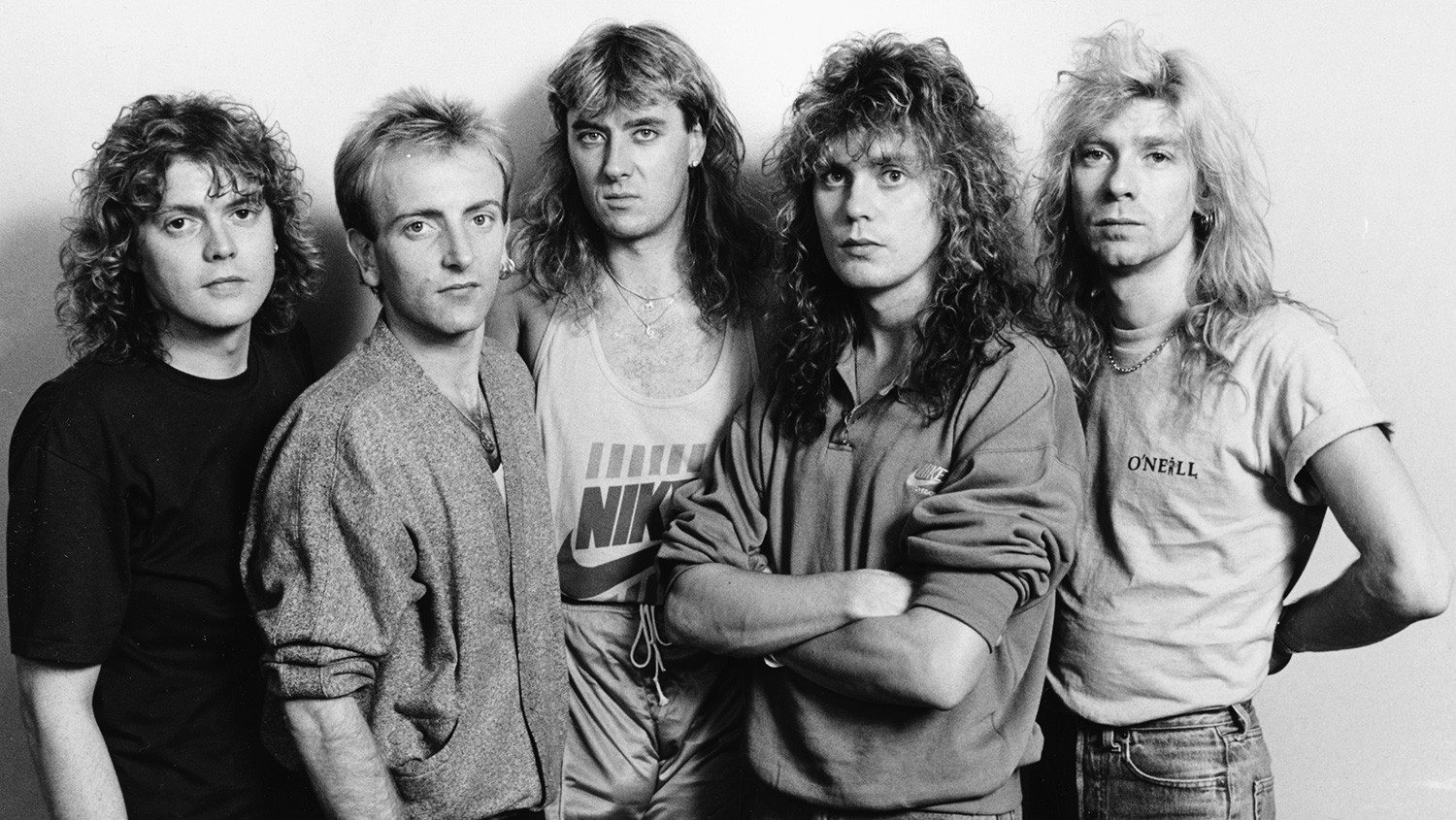 The band found its origins in Sheffield, England. A couple of teenagers, Rick Savage who played bass and Pete Willis who played guitar formed the group in 1977. Several months later vocalist Joe Elliott joined the band. A great fan of music Elliot always wanted to be a part of a band. When Pete Willis introduced Elliot to the band, the latter had already a name in mind for a band, Deaf Leopard. And soon, with a slight change in the spelling, Deff Leppard was born.

The band began playing in local Sheffield pubs, and within a year the band added guitarist Steve Clark to the lineup. They also got a new drummer. In 1978, they recorded their debut extended play record, ‘Getcha Rocks Off’. They released it on their own label, Bludgeon Riffola. The record became a word-of-mouth success and was aired on BBC. Their first record label set followed countless other albums and gradually the Sheffield band rose to stardom.

After ‘Getcha Rocks Off’ gained momentum with the masses, 15-year-old Rick Allen was added as the band's permanent drummer. Following their debut, they soon attracted a lot of fame and were mentioned in the British music weeklies. They stepped up in the music industry by signing with AC/DC's manager, Peter Mensch, who helped them secure a contract with Mercury Records.

The Rise to Stardom

The band’s first full-length record ‘On Through the Night’ was released in 1980. It was an instant hit in the U.K. and went on to earn significant airplay time in the U.S. The record reached number 51 on the U.S charts. 1980 was a great year for the Sheffield music crew. They continuously toured Britain and America for their own shows while opening concerts for Ozzy Osbourne, Sammy Hagar, and Judas Priest. This helped increase their popularity.

Def Leppard released High 'n' Dry in 1981 which became the group's first platinum album in the U.S.  The album’s signature singles "High 'n' Dry (Saturday Night)" and "Bringin' On the Heartbreak" hit a chord among the masses. "Bringin' On the Heartbreak" was eventually covered by Mariah Carey. High ’n’ Dry led them to a partnership with producer Robert John "Mutt" Lange. As the band readied to release another album to follow up High ‘n’ Dry, Pete Willis was fired from the crew owing to his alcohol problem. Phil Collen was hired to replace him.

With the help of Lange, in 1983, Def Leppard released Pyromania. The singles of the album "Photograph," "Rock of Ages" and "Foolin”, were some of the biggest hits of the year. The record eventually became a Diamond-seller and by 2004 it had over 10 million units of the record was sold in the U.S. alone. "Photograph" had enough power and kick to knock out Michael Jackson's "Beat It" from the top of MTV as the "Most Requested Music Video."

The tracks of the album were adapted in numerous media. From the Grand Theft Auto and Guitar Hero video game franchises to Blades of Glory, "Photograph" was also honored with covers by Santana and Daughtry, The All-American Rejects, and many more. More recognition came the band’s way as a 2017 Rolling Stone list of the "100 Greatest Metal Albums of All Time" ranked Pyromania at #52. Pyromania strengthened the foundation of Def Leppard as a music band and also strengthened their global recognition. 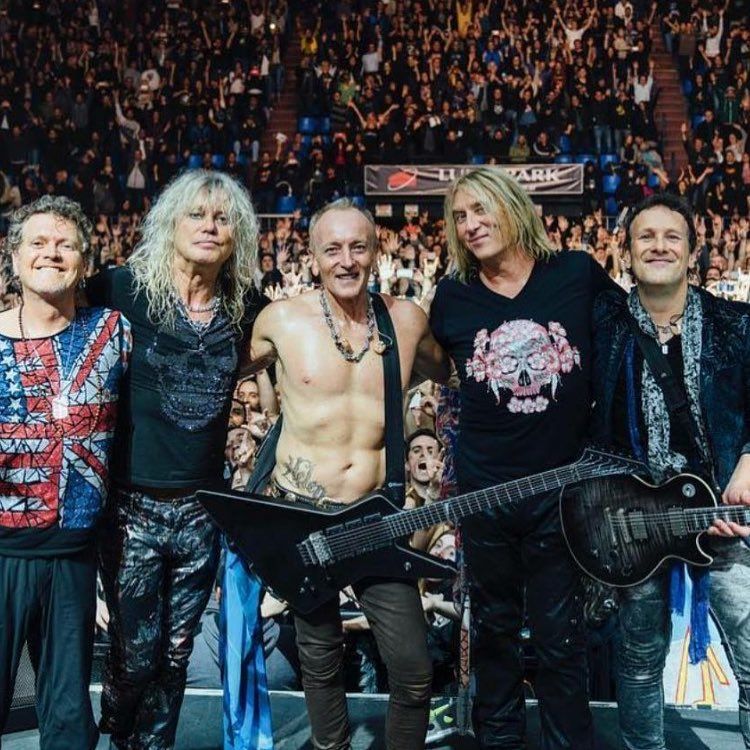 Pyromania was followed by an extensive international tour. The group came back and tried to record a follow-up in the studio but producer Lange was unavailable. Therefore, they began sessions with another producer Jim Steinman. This pairing did not work out as expected for them and took the help of their former engineer, Nigel Green. In 1985, just after one month of recording in the studio Allen, the drummer of the group lost his left arm in a car accident. Even though the arm was reattached it had to be amputated because of an infection.

Even though the world thought Def Leppard, one of the greatest bands alive at the time might be done for, Allen didn’t give up. He began practicing on a custom-made electronic drum kit assembled for him by Simmons. The band soon resumed recording and, within a few months, Lange was back. He listened to all the tapes that they recorded after their international tour and deemed them inferior. He asked them to rework on the recordings from the scratch.

Recording sessions continued throughout 1986 and Def Leppard completed their fourth album, early in 1987, titled Hysteria. With Hysteria the band became an icon around the world. Even though the record initially got lukewarm reviews with its first single "Women," the release of "Animal" fueled the release of the record. The song hit straight home as it became Def Leppard's first top 40 hits in the U.K.

The record did not stop there. It went on a spree and launched six straight top 20 hits in the U.S., which also included "Hysteria," "Pour Some Sugar on Me," "Love Bites," "Armageddon It," and "Rocket." During those two years. These tracks made them the kings of high school metal as they ruled the pop charts and MTV. Teenagers and bands alike started following their hairstyle and ripped jeans outfit.

In 1993, Def Leppard rolled out the rarities collection Retro Active, which climbed to the Top 20 hit list with help of the acoustic track "Two Steps Behind." Two years later, the crew released the greatest-hits collection Vault while preparing for their sixth album. 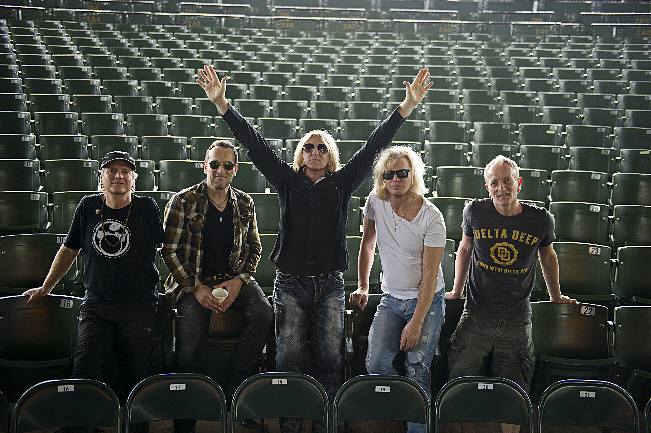 The End of An Era

The late 1990s was not fair to the band. Even though they tried releasing records including Vault, Slang, and Euphoria, they failed to captivate the masses like their previous records. To keep the band alive, the crew released the two-disc Rock of Ages: The Definitive Collection in 2005, followed by Yeah!, a strong collection of covers in 2006.

In 2008, the gang released their ninth studio album, ‘’Songs from the Sparkle Lounge’’ which reached number five and was further supported by a summer tour. This summer tour helped them up the content for their next album Mirror Ball: Live & More of 2011. This was a three-disc live album containing a full concert, three new studio recordings, and DVD footage.

Two years later they released another live album Viva! Hysteria. This album showed their 1987 blockbuster in its entirety on the first disc, and a collection of early and rarely played material on the second. In 2015, the band launched their 11th studio album, Def Leppard, and first collection of original music since 2008. Since then, the gang has been repackaging their existing music. 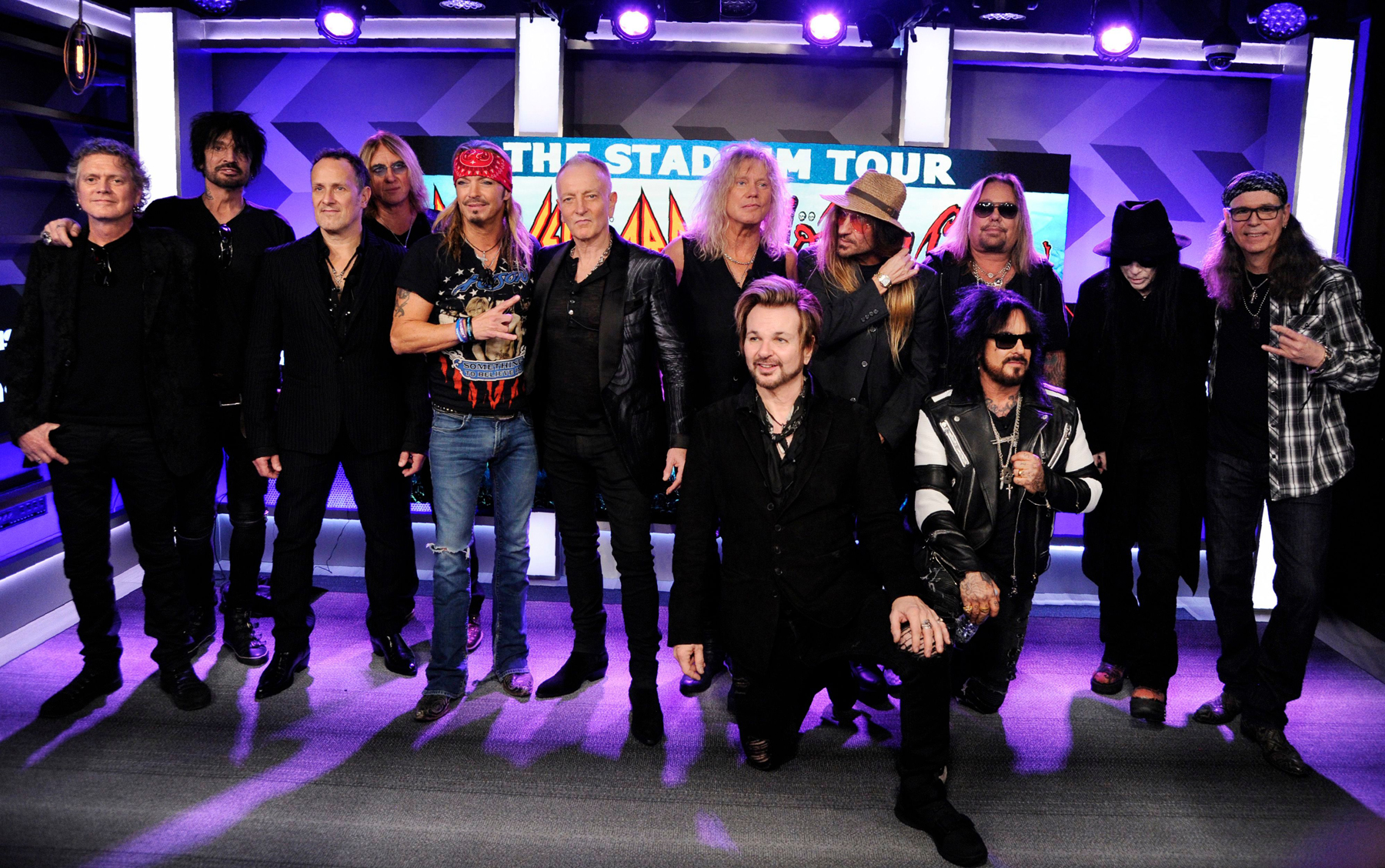 Repackaging continued and in 2018, the group unleashed their full catalog on digital platforms for the very first time. Even though the tracks still create a buzz, the 90s kids do miss waiting for new metal and rock-influenced tracks from Def Leppard. There were only a few bands and musicians that captured the spirit of the times quite as well as Def Leppard. The gang has imprinted themselves in the metal and rock music genre as well as in the minds of millions of millennials.

Post Views: 230
We hope you love our reviews! For your information, we do earn money from commission in the link in the content! For more information click here!
ShareTweetShare

Is Addictive Drums the Right Software For Your Music Needs?

5 Best Studio Desks Apt For Recording and Production of Music