Sony revealed a teaser citing the launch of a brand new phone that will be joining the ranks of Sony Xperia phones.  The teaser video hints at the arrival of the Xperia 1 IV, a new addition to the Xperia 1 line, famous for its display audio and camera technology.

According to the video in the teaser uploaded by gadget maker, Sony Xperia 1 IV features thick top and bottom bezels with a side-mounted fingerprint sensor. The new phone seems to have flatter sides compared to its sibling  Sony Xperia 1 III. The selfie camera is placed in the top bezel like Sony's old setup, while the rear camera array features a quad camera setup. The bottom side offers a 3.5mm audio jack and is fitted with a SIM card tray.

According to media reports, the Sony Xperia 1 IV is expected to feature a 6.5-inch OLED display. Sony may put in Qualcomm’s flagship Snapdragon 8 Gen 1 chipset while the phone's onboard storage is pegged at 512GB along with 12GB of RAM. Camera details are not clear yet but images show that there will be a dedicated periscope lens. 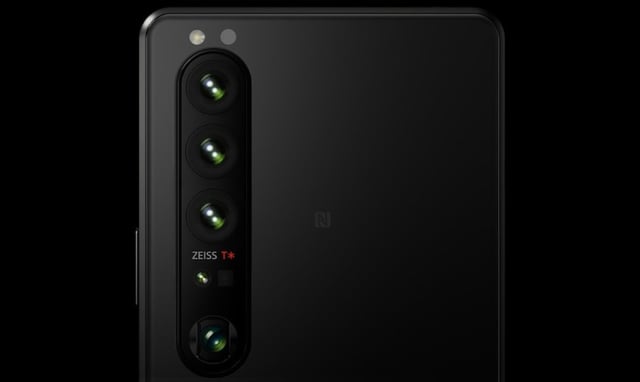 The video mentions that the release of the device is slated for Wednesday, May 11, 2022, at 12:00 am PT. The release event will also rumoredly" showcase new Xperia 5 and 10 phones. Livestreaming of the event can be watched on the official Xperia YouTube channel.

Rumors about Xperia 5 IV surfaced in In February 2022. According to the leaks, the phone will also be fitted with Snapdragon 8 Gen 1 chipset, a 6.1-inch OLED display with a triple camera array setup. Xperia 10 IV will also be showcased at the event. This is device is supposed to pack a 6-inch display and triple rear camera setup.

Should You Consider Buying a Sony Xperia?

Even though Sony's market share in the android world is negligible, the corporation's phones are great performers. They are waterproof and have good camera systems with commendable performance speeds. Sony is now bringing the technology used in its DSLR camera line to its phones to make these gadgets stand out among stiff competition from the likes of Apple, Google, and Samsung.

So, if you want a phone with a top-notch camera setup that can grab vivid and clear imagery, then the Sony Xperia line of phones is worth it.  These phones could never get the media attention like the phone giants out there. This is because they are a tad expensive and they failed to garner the power of Sony's brand recognition.  However, these phones do have underlying technology that can make them some of the best smartphones in the market.

Post Views: 506
We hope you love our reviews! For your information, we do earn money from commission in the link in the content! For more information click here!
Tags: Sony XperiaSony Xperia 1 IV Release DateSony Xperia 10 IVSony Xperia phonesXperia 10 IVXperia 5 IV
ShareTweetShare

PC Chip Shortage Is Going to be A Long Battle