According to Apple’s SVP of software engineering, this is the “biggest update ever to lock screen, completely reimagining how it works”. The tech giant has given the lock screen a design overhaul by allowing users to customize the lock screen with widgets by pressing and holding.

Here is a list of new features that will be hitting the iPhones thanks to iOS 16: 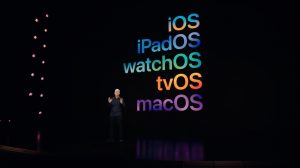 This is a new software for Mac users. Here are the changes:

Successor to iPadOS 15,  iPadOS 16 packs new features for “pro” users who like multitask. Here is a list of updates: 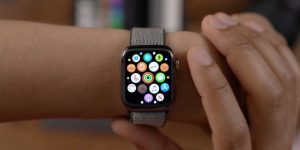 Apple Watch is also getting some updates as per revelations at the Apple WWDC 2022. Here is a list:

The tech giant released two new laptops at Apple WWDC 2022; MacBook Air and 13-inch MacBook Pro both fitted with the new M2 chip, which was also debuted at WWDC 2022. Both laptops have high expectations as the M2 chip promises power-efficient performance with a boost in speed. The launch date of the laptops hasn’t been revealed yet.