Despite being in the works for more than two years, Facebook owner Meta Platforms has canceled the creation of a new smartwatch set to debut in 2023, as per Bloomberg. According to Bloomberg, Meta's Reality Labs section was working on the wearable prototype, which included a replaceable watch face, a 5-megapixel camera below the display, and a 12-megapixel camera on the back against the wearer's wrist.

The Meta dual-camera smartwatch was supposed to set it apart from competing smartwatches like the Apple Watch. The device, code-named Milan, had basic wristwatch functionality like messaging, music playback, activity tracking, and heart rate monitoring. Bloomberg said that the now-binned device would be available in spring 2023 for roughly $349. 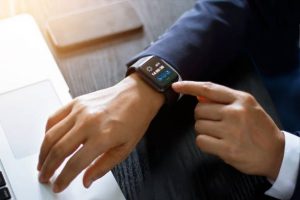 The prototype of the Meta watch has a detachable body and two buttons on the case. In addition, the Meta watch has two cameras (5MP and 12MP), which is extremely impressive. The 5MP front camera is hidden below a water drop notch, while the 12MP camera, along with several sensors, is found on the back. Because the cameras on the Meta watch can be used to snap images and record videos, it is detachable. In some situations, this can be a highly valuable feature.

The scrapped Meta dual-camera smartwatch was also expected to include standalone services such as WhatsApp, Spotify One, and Instagram Stories, among others. It also includes GPS, cellular, and Wi-Fi connectivity, thereby turning it into a miniature phone. The Meta watch would have had the fundamental health and fitness aspects as well. On a single charge, the device is said to be capable of providing up to 18 hours of battery life.

There are rumors that a new smartwatch is already under development. The Meta smartwatch, which was never released, was expected to cost roughly $349. At this time, it is unknown when the new Meta smart wearable will be available. Meta, on the other hand, is still working on other wrist devices. The business highlighted its efforts to develop an Augmented Reality (AR) wrist wearable designed to function as an interface with virtual surroundings using orders from users' nerve signals in a blog post published in March 2021.

The tech giant has also looked into bringing smartwatches into the metaverse in the past. According to the business, sensors in wrist wearables have the potential to allow users to control their digital avatars and interact with virtual surroundings viewed through AR glasses.

According to the article, cost savings across Meta influenced the company's decision to halt the Milan project. Following a general slump in business, Meta officials said in April that the company would slash its expenses by $3 billion in 2022.

Post Views: 255
We hope you love our reviews! For your information, we do earn money from commission in the link in the content! For more information click here!
Tags: AR glassesAugmented RealityMeta Dual-Camera SmartwatchSmartwatch
ShareTweetShare