Tech Giant Samsung recently announced the Galaxy Unpacked Part 2 event. According to a new report, the event will showcase the much-awaited Samsung S21 FE. Users can view the event via the company’s YouTube channel.

The event is to take place on October 20 at 7 am PT. Reportedly, the S21 FE preorders will start immediately after the event. The official release date of Galaxy S21 FE is believed to be on October 29 supposedly in those regions it is slated to appear first. 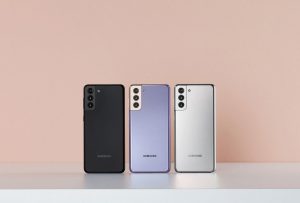 The source, Lanzuk, also states that some accessories are already in supply in the major regions. This new leak follows the reports of the Samsung S21 FE being canceled by its makers. There were also rumors in the past suggesting that the model had entered mass production.

The new Samsung phone is expected to have improved specs compared to its older sibling with cutting-edge display and resolution. The S21 FE will allegedly have a 6.4-inch display with a 120Hz refresh rate. It will be equipped with a Snapdragon 888 chip for faster performance and will have 6GB RAM. The phone features a triple camera array complete with the telephoto optical zoom lens.

Google Pixel 6 and Pixel 6 Pro is also slated to release on October 19. The new Pixel phones feature a resolution of 1080p at 60fps. It also sports a triple camera array; 50MP wide lens, 12MP ultrawide lens, and 48MP telephoto lens. A distinct comparison between the Pixel 6 series and the Samsung S21 FE will only be possible after the release.

What We Know about Google Pixel 6 Until Now