The upcoming Galaxy Smartwatch 5 might be this year's most intriguing Watch from Samsung. The Galaxy watch 5 might be available as early as the second part of August 2022. The Galaxy Smartwatch 5 might be a real competitor to Apple's Watch or Google's much-anticipated 'The Pixel Watch.' The Samsung Smartwatch will be the successor to the highly successful Galaxy Watch 4 and Classic and will be released in mid-summer 2021.
The Samsung Galaxy Watch 5 has the potential to be the finest Samsung watch yet. So far, we've heard a few speculations, including the potential of a new Pro model.
The Samsung Galaxy Watch 4 debuted last year with two styles — a basic, sporty-looking model and a Classic variant with a real bezel — as well as a non-invasive body composition measurement sensor. It was also the first wristwatch to run Wear OS 3, a unified platform that combines a variety of Google apps with familiar Samsung apps.

So, how will the fifth-generation Galaxy Watch keep its title as the greatest Android smartwatch?

Samsung may use the Galaxy Watch 4's existing design language to create a sleeker look with longer battery life than the 2021 model.

Last year's Galaxy Watch 4 was available in two sizes: a regular 42mm version and a sporty-looking 40mm variant with Bluetooth and LTE connectivity. The Classic 44mm version, which included a real bezel, may make a comeback.

There is also speculation that Samsung may release the Galaxy watch 5 with a 'rollable screen,' with the display area increased from the center and a narrow frame placed between two display portions, increasing the entire screen surface area by around 40%. A camera will also be included in this rollable Smart Watch.

If the Galaxy watch 5 does not come in two versions, we may see significant pricing fluctuation. 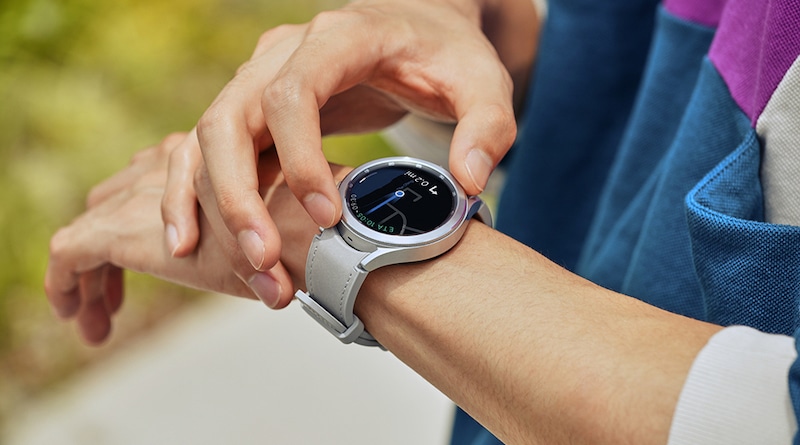 According to a recent report, a Samsung Galaxy Watch 5 Pro model may be released. There hasn't been much spoken about this model, but it might contain a massive 572 mAh battery. That's not just an almost 60% increase over the 361 mAh battery found in the bigger, 44mm Galaxy Watch 4, but it's also the largest wristwatch cell we've heard of to date.

This large battery might not only increase the durability of this purported wristwatch but also enable a slew of functionality, such as detecting blood glucose levels and providing game-changing features for diabetics.
Furthermore, the Galaxy watch 5 Pro may eventually replace the Classic model in Samsung's range.

We also anticipate Samsung to provide a selection of quality straps in similar sizes from their current Watch 4 range, including the Classic. This will also make it easier for existing Samsung Galaxy Watch owners to switch bands to the new Galaxy watch 5. We'd also want to see FDA approval for a function already available in the Galaxy Watch series. Samsung has included blood pressure monitoring in the previous two editions of its wristwatch, but consumers in the United States have not been allowed to access the health function.

If the Galaxy watch 5 is priced similarly to the Galaxy Watch 4 and the expensive Galaxy Watch Classic, it will be a strong competitor to Apple and other premium Smartwatches or fitness bands, as well as an excellent companion to your Android smartphone.

Samsung Owes Its Boost in Sales to Galaxy Watch 4