This year has seen the release of some amazing sets from all of the main manufacturers, but you may be thinking if it's worth waiting to see what Samsung QD-OLED TV has to offer. Simply, QD-OLED blends components of OLED technology with Quantum Dot screens to deliver the best of both worlds. The goal is to achieve high peak brightness with low to no light bleed, deep blacks, and vibrant colors.

Samsung invented the technology, which has historically been a critic of OLED technologies in favor of QLED (Quantum Dot) displays. This isn't unexpected given that LG is the only provider of big OLED screens to the TV industry.

How Are OLED Screens Different?

OLED screens generate the deepest blacks conceivable because the pixels may be turned off individually, as opposed to a standard LCD panel, which operates by projecting a backlight (or several backlights) through a layer of pixels on top. The disadvantage is that they cannot attain the same levels of brightness as other panels and are more prone to picture retention or burn-in.

QLED panels excel in color fidelity and are hence frequently mentioned as the best option for bright HDR content. They can be brighter than OLED panels and do not suffer from the same burn-in issue, but they cannot attain the same deep blacks, therefore overall contrast is diminished. 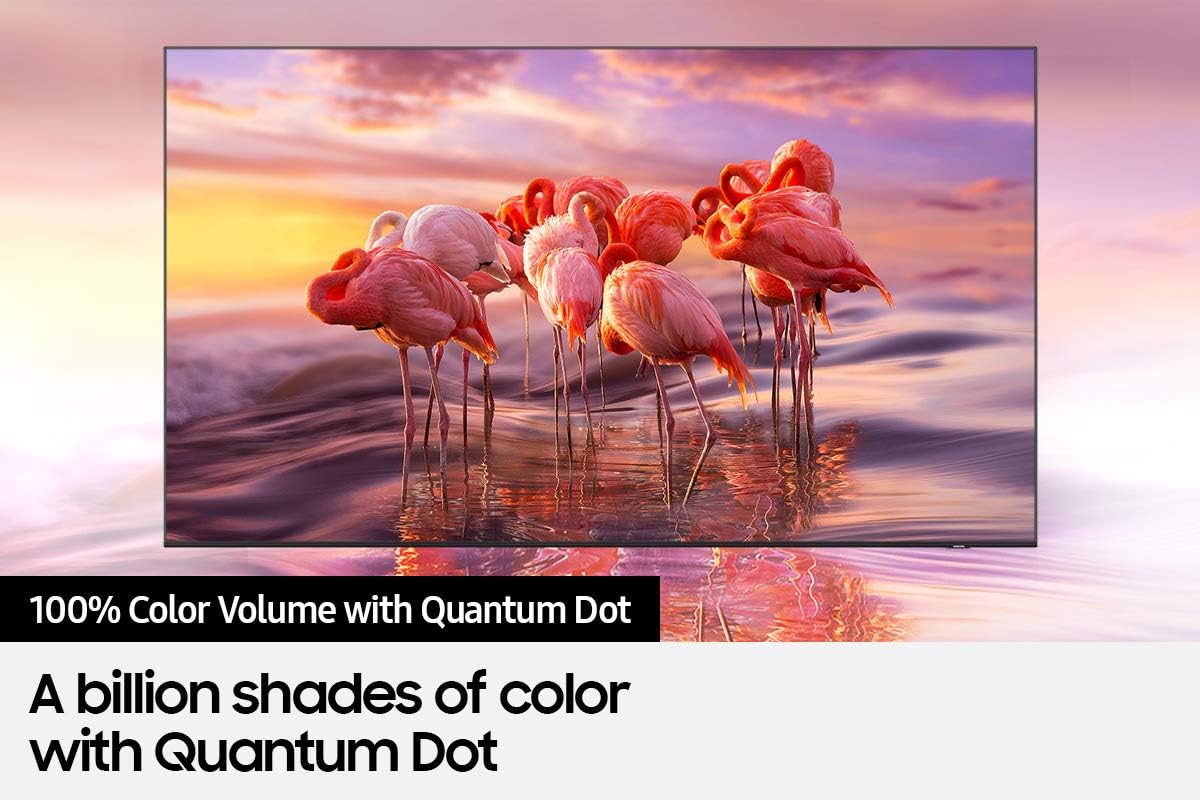 How Does QD-OLED TV Work?

An OLED panel is primarily utilized as a backlight in QD-OLED displays, emitting blue light via red and green quantum dots. Each OLED pixel is divided into three subpixels by the quantum dots: red, green, and blue. These can be combined to produce pure white light or utilized in various ways to produce millions of different colors.
In contrast to standard LCD filtering, nearly little light energy is wasted when color is transformed using quantum dots. This means that QD-OLEDs will be able to seem brighter than existing OLEDs while maintaining black levels.
According to the tech giant, their 4K Samsung QD-OLED TVs will contain around 8.3 million individually controlled light sources, allowing for a contrast ratio of 1,000,000:1 and, as a result, superior HDR performance.

Samsung believes that Samsung QD-OLED TV will provide one of the most comprehensive color representations of its existing top-of-the-line displays. The firm anticipates a color volume of more than 80% and a brightness range of 0.0005 nits blacks to 1000 nits peak white.

Samsung has created its first QD-OLED TV, which might be the company's greatest large screen ever. The S95B employs 2022's widely anticipated QD-OLED screen technology, which combines the best of Quantum Dot and the greatest of OLED.

The S95B is powered by Samsung's Neo Quantum Processor 4K, which is also available in the company's premium Neo QLED 8K and 4K TVs. QD is an abbreviation for quantum dots, which mix with light-emitting diodes to form the pictures you see on your television. In addition to the superior 4K upscaling, the QD-OLED TV screen produces more accurate colors and brighter tones, allowing you to enjoy a more detailed, lifelike image.

More stuff you will love

Post Views: 526
We hope you love our reviews! For your information, we do earn money from commission in the link in the content! For more information click here!
Tags: OLED ScreenOLED tvSamsung Neo QLED TVSamsung QD-OLED panelSamsung QD-OLED TV
ShareTweetShare