Rumors of a Google Pixel Watch release has been floating around since a few years. This would be the first smartwatch from the tech giant who owns the famous WearOS software for smartwatch. The tech community expects Google to launch the smartwatch in 2022 at Google I/O scheduled for May 11.

A few days ago someone forgot a Google Pixel Watch at a restaurant. The bartender who found it handed it over to his friend, Redditor tagtech414, who has released a load of pictures online showing off the new Pixel Watch. While there has been several leaks about the design of the Pixel Watch, this is the first time people are getting to see the actual look of the hardware.

Confirming a report from Business Insider, the new images that have surfaced showcases the watch with a round dial. The report had claimed that the device will have a round face and have no physical bezel and it will feature basic fitness tracking features, including a heart rate monitor and step tracking.

While the hardware proves to have a round face, we have no way of knowing the other features because the Redditor who found the Pixel Watch doesn’t have a charger to power it on. So, you can only gawk at the hardware for the time being. 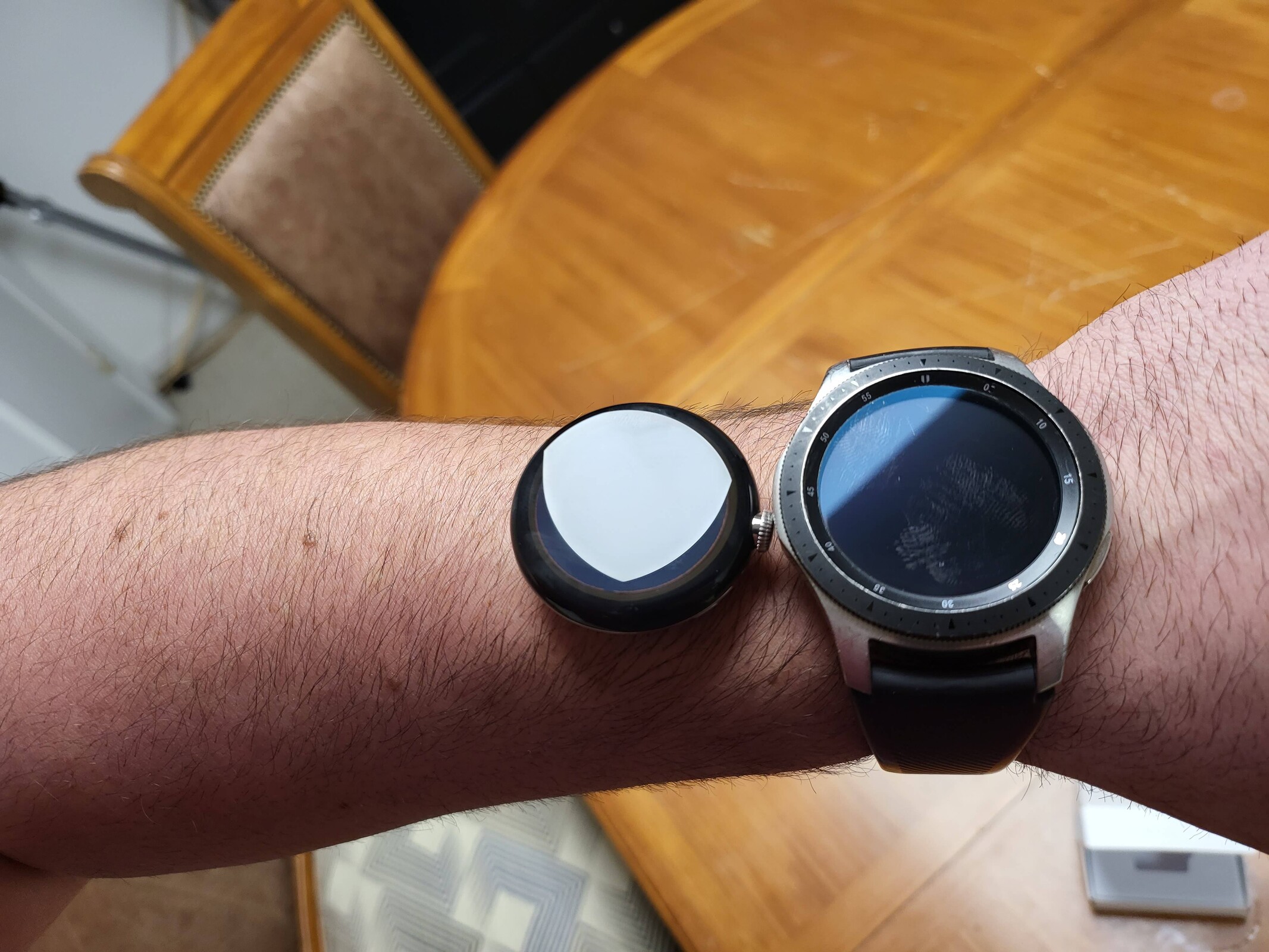 According to the Redditor, Google’s band is 20mm wide. It exhibits a strap made of “soft silicone with good flex and doesn’t seem to show fingerprints/oil too badly.” Tagtech goes on to rave about the comfort factor of the watch saying that it is the “most comfortable watch he has ever worn”. “It feels like it’s not even there and the crown does not poke into the back of my hand when bending my wrist back or typing,” he mentions in his Reddit post.

Apart from a bunch of photos posted on Imgur nothing else is known about the smartwatch. According to a report, the Google Pixel Watch is expected to cost more than a Fitbit and compete with the Apple Watch.

Late last year, 9to5Google published a report which stated that they found a video within the files of Wear OS 3’s emulator which showed off a variety of watch faces that will be available on an upcoming Wear OS device. This device according to the publisher is Google’s smartwatch. "In total, 10 different watch faces are showcased, including one that prominently shows the Fitbit logo. More importantly, though, two of the watch faces, pictured below, were also seen in internal renders of the Pixel Watch," said the report.

It is not clear what operating system will be powering the watch, but Google has had massive success with WearOS 3. Developed in collaboration with Samsung, this new OS platform gave an improved performance for Samsung's new wearable, the Samsung Galaxy Watch 4. With the new OS, the new Galaxy Watch 4 can now launch apps 30 percent faster than its older siblings and also has up to 40 hours of battery life on a single charge.

WearOS 3 is the main reason why the Galaxy Watch 4 was a success among users. The watch saw increased sales and even the share of WearOS in the smartwatch market increased to 17% in Q3 2021 from 4% in Q2 2021, according to a research report.

At this point, none of these details are confirmed and the veracity of Redditor’s story of finding the Pixel watch in a restaurant is still being debated. We will have to wait for Google to give a sneak peek of the watch before Google I/O or wait for the release.

Smartwatch For Kids: Our Top 3 Picks

Samsung Owes Its Boost in Sales to Galaxy Watch 4

Post Views: 561
We hope you love our reviews! For your information, we do earn money from commission in the link in the content! For more information click here!
Tags: GoogleGoogle Pixel WatchGoogle smartwatchSmartwatchWearOSWearOS 3
ShareTweetShare