OnePlus, recently, announced adding another flagship product to its kitty, the OnePlus 10T. Over the past few years, OnePlus has niche out a spot in the smartphone market with its entry-level and mid-range smartphones and accessories. Sometime earlier, the OnePlus 10 Pro caused ripples in the market with its entry and quickly rose to the top spot in 2022. Well, this probably won’t last long, as the company has announced the launch of the OnePlus 10T this year. This model will hit the market on August 3rd, 2022 via an event streaming from New York.

Since its announcement, there is a lot of rumors going around the market. We tried to get through every speculation and information about the OnePlus 10T. And here’s everything we know so far about this new model. 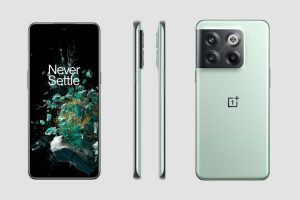 Since the announcement of the 10T model, it’s predicted that OnePlus is moving back to the company’s past strategy of launching two flagship products in a year. However, we think this could be a little different strategy. Earlier, OnePlus used to release the T series (a more advanced series) in second place. Now, it launched the OnePlus 10 Pro and then directly came to the OnePlus 10T, without any OnePlus 10 to compare. Presumably, the OnePlus 10T could be a refined version of the OnePlus 10 Pro. 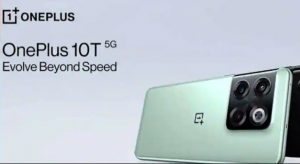 From shape to smooth sandstone-like back, the OnePlus 10T appears almost the same as the OnePlus 10 Pro. However, we found one exception- the curved display. Interestingly, the OnePlus trademark physical alert slider is also missing on the new to-be-launched model. Earlier, all OnePlus models including 10 Pro enabled you to change silent to ringer through the slider but not anymore in 10T 5G device.

OnePlus’ Chief Designer Hope Liu states that ditching the slider was a necessary move to ensure more space for other components required for features like high wattage charging, antenna signals, and a large battery capacity. However, without the slider, this OnePlus model will definitely look a little incomplete to its loyal users. 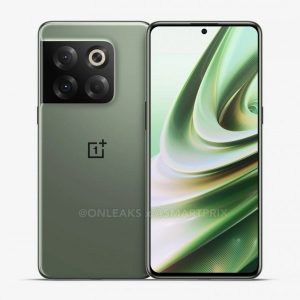 Well, a lot of the OnePlus 10T features are still unknown but there are rumors about its camera specifications. According to the latest speculation, the OnePlus 10T will have a 6.7-inch 120Hz FHD+ OLED display with a 32MP selfie camera. The back cameras include a 50MP primary camera, 16MP ultrawide lens, and a 2MP macro lens. And the most exciting rumor is that this 10T model won’t have Hasselblad branding. Well, it might seem like a spoiler but OnePlus reasons this as a cost-cutting move.

Moving on to the processor, the OnePlus 10T 5G has Snapdragon 8+ Gen 1, currently one of the fastest Qualcomm processors. Earlier, the company used the MediaTek Dimensity 9000 in its phones but this time OnePlus changed it too. Besides, the 10T 5G model includes the standard 8 and 12GB RAM with storage variants of 128 and 256GB. The company might also produce an advanced 16GB RAM for some specific markets.

Earlier we mentioned changes in the battery of the 10T. Well, it’s rumored that the 4800mAH battery remains the same but the charging speed will go up to 150W. While it’s faster than the OnePlus 10 Pro, it might not include wireless charging. Also, some rumors cite that the OnePlus 10T will have an in-display fingerprint scanner along with stereo speakers. Moreover, this model will currently have the Android 12-based OxygenOS 12 software. And later, after the launch of Android 13, this 10T model will get an update to OxygenOS 13.

The pricing of the 10T is estimated to be lower than the 10 Pro. Many believe that setting the price higher for a non-Pro model isn’t a wise move. So, if the 10 Pro costs around $900, the OnePlus 10T’s price will be around $600-$800. It seems quite reasonable too.

We hope you’ve got more clarity about the OnePlus 10T 5G model now. You must also check out some of the popular and more refined OnePlus models-

Post Views: 115
We hope you love our reviews! For your information, we do earn money from commission in the link in the content! For more information click here!
Tags: OnePlusOnePlus 10Toneplus rumorsOnePlus telephoneOnePlus10Pro
ShareTweetShare