Apple iPhone 14 series is coming soon and people are pretty excited about it. However, recent rumors have started doing rounds about the next generation iPhone SE. A leaker Jon Prosser made some predictions in the Apple Insider that the next-gen iPhone SE will look similar to the iPhone XR (in terms of design). Well, iPhone XR was launched in 2018 and according to Prosser, this can be a sensible move.

Besides, it’s common that Apple modifies the hardware of previous models to create the less expensive iPhone SE models. Take, for example, the first iPhone SE model that debuted in 2016 was quite similar to iPhone 5S 2013 model. Even the 2022 iPhone SE model is inspired by iPhone 8 model. Prosser predicted this on the podcast Geared Up.

You can check out Apple iPhone XR here. 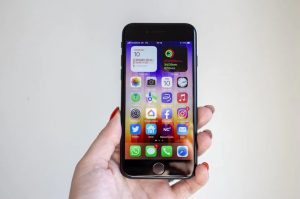 Apart from this speculation on the iPhone SE fourth generation, the tech giant is looking forward to launching iPhone 14 2022 model at its even ‘Far Out’ on September 7. Rumors are that Apple will announce three new iPhone models - iPhone 14 Pro, iPhone 14 Pro Max, and the brand new iPhone 14 Max. Loaded with some amazing new features, Apple iPhone 14 has already caused a stir among iPhone fans. However, iPhone SE rumors are going strong and we’ve to wait until next year to get insights about the fourth-generation iPhone SE.

iPhone 14- Release Date Is Sooner Than You Think

Apple iOS 16 Update Is Rolling Out Today: Here Are The Best New Features

Post Views: 4,304
We hope you love our reviews! For your information, we do earn money from commission in the link in the content! For more information click here!
Tags: iPhone SEiPhone SE 2022
ShareTweetShare