Ransomware attacks are rampant and growing since the past few years. You might probably remember the WannaCry ransomware attack of 2017 that put many companies at a standstill. This ransomware infected 7000 computers in the first hour and 110000 distinct IP addresses in a span of two days. Computer systems of industry giants like Renault and NHS hospitals of England and Scotland were under attack by the WannaCry perpetrators. The attack was on such a large scale that the U.S accused North Korea of the crime.

To understand the term ransomware you need to first know about malware. Malware is a term that encompasses all malicious software that hackers sneakily install on the victim's computer to gain access to confidential data. Ransomware is a type of malware designed to block user access to his/her own system until a ransom is paid to the ransomware creator or the hacker. Simply put, a hacker gets access to your computer, encrypts the data on it so you can't use it. He/she will threaten to publish, destroy, or sell the information if you don't pay the ransom that is demanded.

Let us explore how Ransomware works.

Usually, ransomware attacks are hidden in the form of emails. Hackers create an email that is similar to the company it is misrepresenting. The email will contain a link, which directs you to a secure web page asking for personal information. Once this information is filled in, the hacker gains entry to your system, infects it with ransomware, encrypts data, and demands a ransom. Sometimes the email link leads you to a download. This download button installs a Trojan virus on your computer, that lets the hacker upload the ransomware. Sometimes clicking on the email link downloads the ransomware directly on the computer. 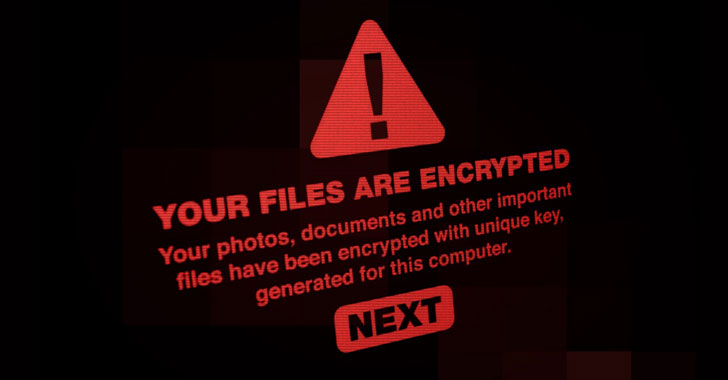 The first attack to make headlines this year was on Bernalillo County in New Mexico. The ransomware closed most government buildings. The cyberattack also put a barrier on the database and security feed of the county jail. The attack impacted automatic doors as well leaving the inmates under lockdown.

The second notable attack was on the world's largest semiconductor chip company, Nvidia. Reports say that the Nvidia hack involved the stealing of employee credentials and proprietary company information. A group called Lapsus$ claimed credit for the attack. In an attempt to take revenge, Nvidia responded by hacking and installing ransomware on the Lapsus$ network. However, Lapsus$, was one step ahead. They had a backup of their data  which made the hack pointless.

Yet another notorious attack was on the San Francisco 49ers’ during Super Bowl weekend.  The NFL professional football team found that the company was listed on a dark web leak site and confirmed that they were a victim of ransomware. Reports state that the ransomware-as-a-service (RaaS) software BlackByte was used in the hack which is believed to have stolen the company's financial data.

Why Should You Care About Ransomware Attacks?

The number of internet crime victims is steadily increasing. According to Cybercrime Magazine, the FBI’s Internet Crime Complaint Center (IC3) pegged ransomware losses at $29.1 million in 2020, with an Internet Crime Report of 2021 showing 2,084 ransomware complaints from January to July 31, 2021. This represents a 62% year-over-year increase. According to VirusTotal's "Ransomware in a Global Context" report, there have been more than 130 different ransomware strains detected since 2020.

This data means that ransomware attacks are here to stay. Even though hackers these days seem to be going for big corporations that can afford to give them their ransoms in major Bitcoin or crypto chunks, small businesses are equally vulnerable to these. Hackers consider attacking government institutions as a piece of cake because they tend to be the least prepared.

In a Forbes report titled, "8 Crystal Ball Predictions About Cyberattacks In 2022", the global threat intelligence lead at IBM X-Force, Nick Rossmann said, “In 2022, we’ll see more and more triple extortion ransomware, whereby a ransomware attack experienced by one business, becomes an extortion threat for its business partner." This means that suppliers and clients dependent on your business will get affected if your computer systems are attacked. Your company and your life's work are at stake here because nobody would want to work with a company with lax cyber security. This is especially true today when every function is dependent on the brain of a computer.

How to Prevent a Ransomware Attack?

The first thing you can do is educate yourself about ransomware attacks. You should never click on unsafe links. The infamous WannaCry was disguised as a phishing email. Email attachments are also a source of worry as sometimes this ransomware is hidden as an attachment. Avoid clicking all the suspicious-looking attachments and verify the sender's email address if he/she is not on your contact list.

Another important thing to keep in mind is the computer and its operating system. An old computer, 5 years or older is more prone to a malware attack. So replace your old systems with new ones. You might all probably know operating systems have to be updated regularly without fail. Bug fixes and updates are really important in terms of removing ransomware.  The last advice would be to avoid using public WiFi networks as these are rife with hackers waiting to get a hold of your data.

Most Popular IoT Devices in 2022