Social Media- whether it's a boon for us or not is still questionable. However, it wouldn't be wrong to say that most of us begin and end our days with Facebook, Twitter, Instagram, Whatsapp, and whatnot. Well, one thing that is quite difficult to find these days on social media platforms like Twitter is the freedom to express one's ideologies, opinions, and so on. So, we thought of sharing with you the best alternatives to Twitter that you can readily join. And of course, change your Twitter or other social media surfing experience.

Keep reading to know more about these best alternatives to Twitter 2022!

Not just Twitter but also Facebook and Instagram seems boring to you then it's time to switch to something much better- Reddit. Well, it's quite a popular platform with nearly 48 million active users just in the U.S. Despite Twitter's huge consumer base of 400 million, Reddit definitely has an edge with a growing population of 52 million users across the world. Also, it ranks among the top 10 social media sites in the U.S. Interestingly, this social media is synonymous with amazing fresh content including all trending events. Besides, with 2.8 million subreddits, you can surely get a lot of ideas and information on various topics.

Unlike Twitter, Reddit's crowd is any day better with some subreddit implying their own rules for the group. So, if you want to stay away from nasty political backlash, social trolls, and slamming people right through, Reddit is your best alternative. Join here! A relatively new social media platform, Mastodon, is a lot similar to Twitter on many levels- followers, short messages, hashtags, and so on. However, Mastodon is undoubtedly better than Twitter owing to its Boosts, local server, and user control features. Unlike Twitter's outrage business, Mastodon isn't corroding our ability to see people with different opinions without sympathy and understanding. Besides, it resolves such issues that are corrupting Twitter- replacing retweets with Boosts and controlling the user interface. While boosts allow you to share some messages but don't allow you to add comments to them. Quite like its name, the boosts feature enables one to just uplift a specific message without any awful commentary.

We absolutely love how Mastodon controls inhumane outrage and mean comments, unlike Twitter. Well, we understand that Twitter is a public offering company so keeping revenue opportunities out isn't possible. But we feel it can surely tone down a little on nasty behavior online. So, if you want to enjoy a non-controversial and more empathetic media platform, Mastodon is your go-to. Join in today! 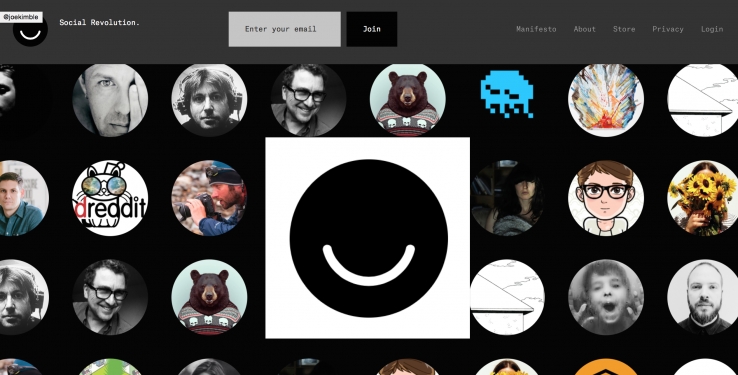 Showcasing your creative or artistic capabilities on Twitter is like displaying your talent to an alien crowd. With limited appreciation for your talent, Twitter is definitely not the right platform for you but Ello is. A global community of artists, Ello, is the ideal social media platform for writers, creators, artists, and other creative people. Also, unlike Twitter, Ello works in a little different way. You can follow accounts in 2 different ways- friend and noise. While as a friend, you can follow someone but it isn't necessary that the other person has to follow you back. And as noise, you follow other accounts from whom you get updates about what they are doing.

So Ello is just the right place to connect with the community of different people and share your work. Join in and share good dynamics with others.

Talking about the best alternatives to Twitter, the list is long with a plethora of social media platforms available today. Some platforms like Tumblr that existed for quite some time. Other sites like NextDoor, Mind, and Plurk are relatively new. Depending on your needs, you can choose the best alternative to Twitter. Take for instance, if you want to connect and socialize with people around you, try NextDoor. And if you were into microblogging on Twitter but need a less dramatic platform, you can join Plurk.

Like we said, finding the best alternatives to Twitter isn't difficult considering how populated the Internet is today with a myriad of social media platforms. Just download the apps and register to explore these amazing yet different social media platforms. We also think that Twitter isn't far from losing its users owing to their controversies and outrageous behavior. And might soon be replaced with these best alternatives to Twitter.

Check these out and pick your best alternative to Twitter.

Also, do you want to know about the best mac apps in 2022? Find more about it only here!

Post Views: 937
We hope you love our reviews! For your information, we do earn money from commission in the link in the content! For more information click here!
Tags: ElloFacebookMastodonNextDoorPlurkRedditsocialmediaTumblrTwitter
ShareTweetShare