A top gun in the aerospace industry, a heavyweight in the EV industry, and a chance to head the behemoth of all social media platforms, Elon Musk now seems to have it all. A social media entity that can be called the powerhouse of scholarly and erudite conversations, is now going to be spearheaded by Musk. Apparently, even Twitter's beloved Jack believes in the new leadership.

On Monday, Twitter confirmed the sale of the company to Musk for $44 billion. What started with buying a 9% stock in Twitter a few weeks ago ended in a full-fledged sale of the company. While it is quite a laudable achievement by Musk, the entire world is questioning the tycoon's motives behind this expensive investment and the spotlight is on him.

After the news started circulating, Musk tweeted, "By free speech, I simply mean that which matches the law. I am against censorship that goes far beyond the law. If people want less free speech, they will ask the government to pass laws to that effect. Therefore, going beyond the law is contrary to the will of the people,". The free speech enthusiast has posted multiple tweets portraying himself as the "absolute free speech" warrior even before his ascension to the Twitter throne.

"I hope that even my worst critics remain on Twitter because that is what free speech means," wrote Musk on Twitter. Musk certainly seems to be in love with Twitter and he is a  social butterfly on the platform, relentlessly tweeting and his millions of followers pouring in with comments. On one occasion he said that Twitter was a "digital town square where matters vital to the future of humanity are debated”.

While the free speech ideology is being debated, Twitter employees and users are concerned with accounts that are banned from the social media platform. The list includes the infamous Trump himself and a list of his allies among others. After the Capitol violence, users are largely against Trump coming back to Twitter.

Why the Poison Pill Drama?

The social media giant was positively alarmed at the news of a possible hostile takeover by Musk and quickly adopted a limited duration shareholder rights plan, the poison pill to block a hostile takeover. If the company went to such drastic measures, then why accept the offer now? Well, a major reason was the money factor. His bid of $54.20 a share did melt some hearts on the Twitter board, according to NYTimes.

After Musk lined up an offer of $46.5 billion, the Twitter board burned some midnight oil pondering over the proposal and all got richer from a hard day's work. Maybe the board members are happy, but some employees are not. 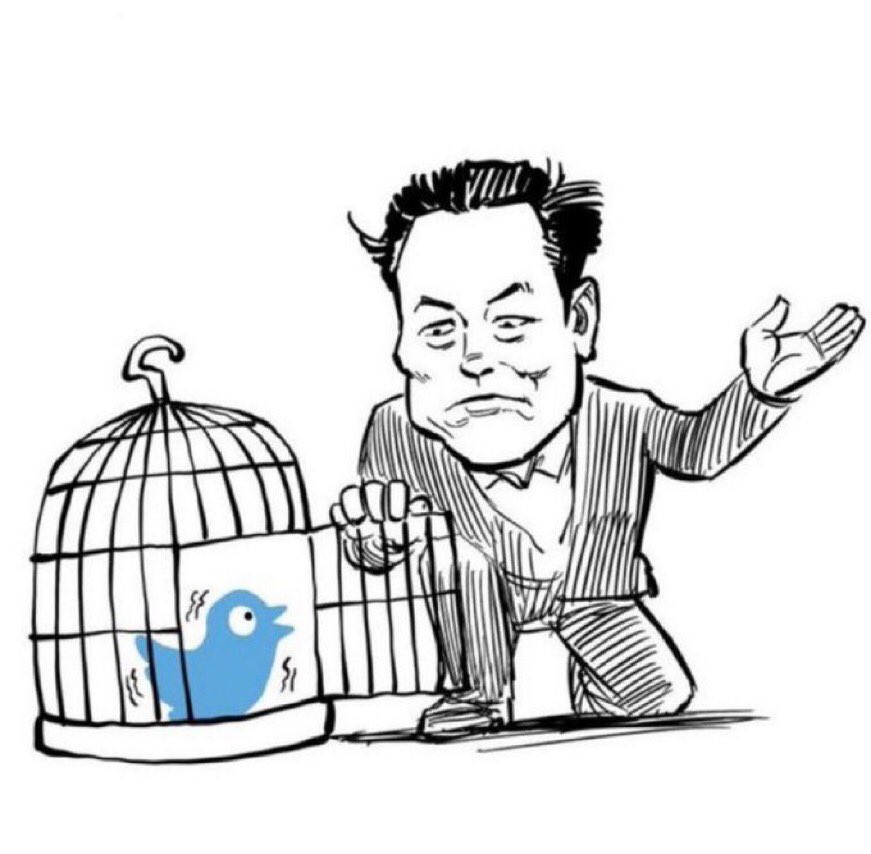 A media report stated that Twitter's policy and legal head Vijaya Gadde was crying in a virtual meeting. It said she was upset about the takeover. This breakdown was a quote tweeted by Saagar Enjeti, a conservative commentator to which Musk replied stating, "Suspending the Twitter account of a major news organization for publishing a truthful story was obviously incredibly inappropriate." Here Musk is talking about how Gadde suspended the NYTimes news of a controversial laptop belonging to Hunter Biden, son of the then US Presidential candidate Joe Biden. The news story was regarded as one that was intentionally spreading misinformation to hurt Biden's campaign.

A Twitter employee has already tweeted siding with Gadde for suspending the story on Twitter. The rest of the employees are doubtful about the takeover as well. A Twitter employee tweeted, "Can someone just tell me if I’m rich or fired please." Even Parag Agarwal's existence at the company is in danger, according to several media reports. Looking at Musk's reply to Gadde's actions she might be on the list as well.

Jack Dorsey, ex-CEO of Twitter is happy about the Musk acquisition. Like Musk, Dorsey is a free speech enthusiast as well as a crypto enthusiast. Dorsey has even said Musk was a “really good model” for how to use Twitter, according to Business Insider. Musk has got Dorsey's back as well. When Dorsey was on the verge of being ousted as CEO by a hedge fund company, Musk sided with Dorsey, tweeting “He has a good heart.”

"I love Twitter. Twitter is the closest thing we have to global consciousness. The idea and service are all that matter to me, and I will do whatever it takes to protect both. Twitter as a company has always been my sole issue and my biggest regret. It has been owned by Wall Street and the ad model. Taking it back from Wall Street is the correct first step," Dorsey tweeted.

"In principle, I don’t believe anyone should own or run Twitter. It wants to be a public good at a protocol level, not a company. Solving the problem of it being a company, however, Elon is the singular solution I trust. I trust his mission to extend the light of consciousness. Elon’s goal of creating a platform that is “maximally trusted and broadly inclusive” is the right one," added Dorsey.

Clearly, the world is divided on this acquisition so are the Twitter stakeholders. The debate is whether absolute free speech must be exercised when it incites violence.

Post Views: 501
We hope you love our reviews! For your information, we do earn money from commission in the link in the content! For more information click here!
Tags: Elon MuskElon Musk free speechElon Musk Twitter acquisitionFree speechTwitter
ShareTweetShare