Netflix informed through the blog post that the offering is still in its early stages and there is a lot more work to do. The company is aiming for “more choice for consumers and a premium, better-than-linear TV brand experience for advertisers.”

The Redmond technology giant has chosen Microsoft to run Netflix advertising for the new subscription plan. “Microsoft has the proven ability to support all our advertising needs as we work together to build a new ad-supported offering. More importantly, Microsoft offered the flexibility to innovate over time on both the technology and sales side, as well as strong privacy protections for our members,” wrote Netflix in a recent blog post.

While Netflix’s aim with the move is more subscribers, Microsoft’s agenda is more commission from marketers using its technology to advertise on Netflix. “Marketers looking to Microsoft for their advertising needs will have access to the Netflix audience and premium connected TV inventory. All ads served on Netflix will be exclusively available through the Microsoft platform,” said Microsoft. 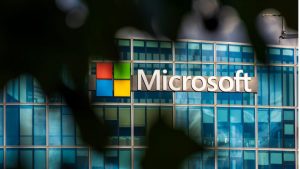 Why the Lower-priced Netflix Subscription?

Streaming giant has not been too happy with its share prices these days. NFLX which was trading at around $500 at the beginning of the year is now at a meager $174. Why did the share prices tumble? Well, the company predicted that it would face an exodus of two million subscribers in the second quarter this year despite the release of some blockbuster content on its platform. It had already lost around 200,000 subscribers in Q1 2022.

Netflix rivals including Walt Disney Co’s Hulu, NBCUniversal’s Peacock, and Warner Brothers Discovery’s HBO Max are offering advertisement-supported services. Adding advertising to the Netflix plans would mean that the company might have to tackle data privacy concerns that come with behavioral advertising tactics employed by most advertisers.