Today’s millennials and Gen-Zs are obsessed with selfies and smartphone photography. Samsung took an initiative to urge and inspire millions of its young users to participate in the #MakeNightsEpic campaign. To break the rules of low light photography, Samsung’s campaign started off with its new flagship model Galaxy S22 Series. This June 2022, Samsung launched this campaign and it went on until 30th June 2022 in Malaysia. The campaign ended in Malaysia on 30th June

Well, the campaign ended in Malaysia on 30th June but Samsung Gulf Electronics also pursued #MakeNightsEpic #withGalaxy in your city. This campaign took over Dubai skylines displaying the wonders of Galaxy S22’s Nightography feature. Now Samsung urged the people in Dubai to take part in this campaign and show their night photography skills. This campaign is expected to run until 22nd July 2022.

Nightlife in a city with all those distant lights and a beautiful skyline is something many of us want to capture. But lowlight photography often gets blurry and fuzzy. Not anymore, as Samsung Galaxy S22 Series offers a unique lowlight camera experience. So, no more lens flares or light patches, only clear photos.

Samsung’s Galaxy S22 features a bigger pixel sensor, Super Clean lens, Adaptive Pixel Technology, Super Night Solution, and Auto Framerate. All these features together allow you to capture the best nightlife shot without any flares. With the never-ending skyscrapers or street lights, Galaxy S22 offers young nightlife lovers an opportunity to capture their memories most beautifully. And with this reason, Samsung launched this #MakeNightsEpic campaign making night lovers enjoy their night escapades memories. 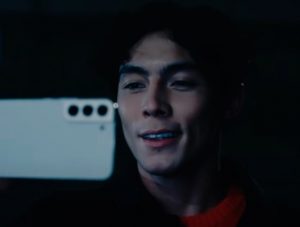 Now coming to this campaign in Dubai (UAE), Samsung has opted to expand this with a draw and win invite to the Global Unveiling Event overseas. Interestingly, Galaxy S22 Series was designed as the most intelligent camera. It also earned the highest 5-star rating by VCX Forum for its exceptional quality camera, videos, and selfie camera.

Having said that, if you’re wondering how to participate and win an invite to Samsung Galaxy’s global unveiling event and other valuable prizes, you need to follow this-

So, Galaxy fans and nightlife lovers can enjoy their best moments of low light without any blurs. And don’t forget to check out these models from Samsung Galaxy S22 Series -

Get your Galaxy S22 and enjoy the world’s most intelligent smartphone camera.

Post Views: 175
We hope you love our reviews! For your information, we do earn money from commission in the link in the content! For more information click here!
Tags: Samsung #MakeNightsEpic #withGalaxy #GalaxyS22 #GalaxySeries #nightography #lowlightphotoraphy
ShareTweetShare