The Twitter Elon Musk lawsuit just completed its first legal battle and Twitter has emerged the winner. The lawsuit is scheduled for a five-day trial in October . . And judges will decide whether Musk should honor his agreement to buy the social media company. The decision was a crushing disappointment to Musk and his legion of lawyers who sought a trial early next year.

McCormick to The Rescue

Chancellor Kathaleen McCormick, the chief judge at Delaware's Court of Chancery, said that a delay in litigation will damage Twitter’s business. She agreed to fast-track the trial during a virtual hearing on Tuesday. "The reality is that delay threatens irreparable harm to the sellers and Twitter. The longer the delay, the greater the risk," said McCormick in her ruling from the bench.

Earlier this month, Musk informed Twitter that he will not be going ahead with the buyout agreement that he signed with the social media behemoth, thus lighting the torch for the Twitter Elon Musk lawsuit. His lawyers in a statement to court informed that Twitter had failed to disclose information, that Musk had asked, about spam bots present on the platform.  Twitter had revealed that 5% of accounts on their platform are spam/bot accounts. However, the Tesla maker is of the opinion that this number is much higher than what the social media giant has revealed.

Twitter’s lawyer at the hearing accused Musk of “attempted sabotage” adding “he is doing his best to run Twitter down.”  The attorney representing Musk said that this argument was preposterous. He said that the Tesla tycoon has no interest in damaging the company. For Musk is the second largest shareholder of Twitter with a larger stake than the entire board. 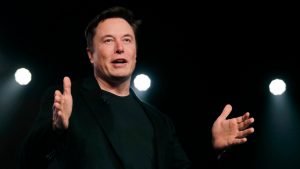 Twitter is trying to get the Twitter Elon Musk lawsuit over as soon as possible and get back to its routine. It had requested for an expedited trial to be conducted in September. Musk’s lawyer argued that the request for a September trial was "completely unjustifiable." He said that it would take months to study Twitter's data and consult experts. Musk’s team made it clear that they want to vet the social media company's estimates of bot accounts.

However, the court has asked both parties to work out the schedule for the October trial which will last five days. With billions of users on the platform, it would take some significant time.  In case of  Musk and his team can finish analyzing the data to find how many bot accounts are actually on the platform. Can Musk and his legion of lawyers make it before the deadline? Fingers crossed for the Twitter Elon Musk lawsuit!

Post Views: 311
We hope you love our reviews! For your information, we do earn money from commission in the link in the content! For more information click here!
Tags: Elon MuskFirst Legal BattleTwitterTwitter Elon Musk dealTwitter Elon Musk Lawsuit
ShareTweetShare