EU rules to force USB-C chargers for all phones

In a move that will surely disappoint the tech giants, the European Union has declared that a USB-C cable is mandatory for all “small and medium-sized portable electronic devices. Tech companies will now be forced to stick to the USB-C standard to charge all their electronic devices. Companies have to be ready to follow the regulation by fall 2024.

The ruling also applies to laptops, though manufacturers will get an additional 40 months to comply with the new mandate. This is a provisional agreement on a “single charging solution” for the products sold under the EU and is yet to be approved by the EU Parliament and Council later this year.

"Today, we have made the common charger a reality in Europe. European consumers were frustrated long with multiple chargers piling up with every new device," European Parliament Rapporteur Alex Agius Saliba said in a statement. "Now they will be able to use a single charger for all their portable electronics," he added. 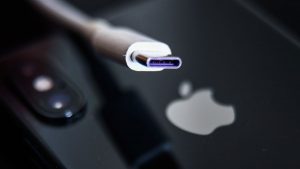 While most tech companies already use USB-C chargers for most of their devices, this news will be a huge blow to the tech giant, Apple Inc., as they use Lightning connectors to charge iPhones and MagSafe chargers for its latest models of MacBooks.

Apple is yet to respond to the new mandate

When the European law was proposed in September, the company statement said: “We share the European Commission’s commitment to protecting the environment and are already carbon neutral for all of our corporate emissions worldwide.” We remain concerned that strict regulation mandating just one type of connector stifles innovation rather than encouraging it, which in turn will harm consumers in Europe and around the world. We look forward to continued engagement with stakeholders to help find a solution that protects consumer interest, as well as the industry’s ability to innovate and bring exciting new technology to users.”

The EU portrays this as a win for consumers. Alex Agius Saliba, the EU Parliament’s rapporteur, said: “Today we have made the common charger a reality in Europe! European consumers were frustrated long [sic] with multiple chargers piling up with every new device.” The EU has also declared that “the charging speed is also harmonized for devices that support fast charging, allowing users to charge their devices at the same speed with any compatible charger.”

The new EU legislation will force Apple to rethink its charging technology.  Though technically, they just have to add a USB-C port, the iPhone maker might have to produce different Macbook and iPhone models for Europe.  Fortunately, the law will only apply to new products brought to market.  As a company that focuses on aesthetics, we wouldn’t be surprised if it moves toward 100% wireless charging in the future.

Post Views: 301
We hope you love our reviews! For your information, we do earn money from commission in the link in the content! For more information click here!
Tags: European UnionUSB C ChargerUSB-C Charger mandatory
ShareTweetShare