Science Shows How Drummers' Brains Are Actually Different From Everybody Elses

In the music world drummers are made fun of very often. People tend to forget that the drummer is usually the backbone of a band and can’t be missed. They provide the rhythm to which every other band member can play along.

Without the drummer there would be no band. Not only are they made fun of they are often labeled as dumbest member of a band. This accusation is not only rude, but it’s also very wrong. And here’s why.

According to a study from the Karolinska Institute in Stockholm there’s a link to be found between intelligence, timing and the problem solving part of the brain. Researchers tasked drummers with a 60-problem intelligence test after they had played a variety of beats.

What they found out was that the drummers that were better at keeping a steady rhythm scored the highest. This study tells us that keeping rhythm is closely correlated with the ability to solve problems.

The Effects Of Rhythm

Furthermore, in several studies on the effects of rhythm on the human brain, researchers showed that hearing a steady rhythm actually improves cognitive functions. rhythmic light and sound therapy helped a student improve his grades at the University of Washington.

Rhythmic light and sound therapy can improve overall intelligence(IQ), focus and according to a study from the University of Texas Medical Branch it can even help children who have ADD. For them this therapy can have the same effects as ritalin for a short period of time.

These studies show that drummers can positively influence themselves and people around them! They are able to create a drummers high for everyone around them.

Some of the worlds best are African drummers. They are able to actually communicate through their instrument. Each sound that comes out is a word of sort; to hear the drum talk to you, you need to focus.

The Social Effects of Drumming

Scientist insist that drumming has been crucial for community-building along the years of revolution. A couple of thousand years ago men and women danced to simple drum beats around a bon-fire. Research has shown that dancing and listening to the same beat can enhance the group feeling and build a strong bond between the members of the group.

It’s such a pity that the music industry now tends to choose electronic drum machines or computer generated beats over human made beats. What’s often perceived as an human error when the beat is off 1 or 2 hits is actually the unique human sense of time.

What Parts Of The Brain Get Used? 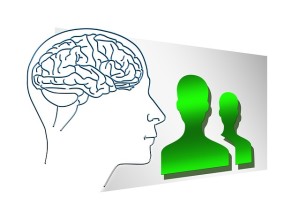 It’s not a big surprise when science tells us that 80% of our brain is engaged when playing, listening and reading drum music. It starts out in our subcortical structures like cochlear nuclei, the brain stem, and the cerebellum.

After the music has reached those parts of the brain it then moves up to auditory cortices on the left and the right side of the brain.

Then memory centres in the brain are triggered, such as the hippocampus and the lower part of the frontal lobe. When a drummer actually plays a beat the cerebellum gets triggered and starts to work hard. Then there’s reading music this involves the visual cortex. Now that’s a large part of the brain being triggered only by playing the drums.

Science backs up the statement that drummers’ brains are actually different from everyone elses’ but what’s truly beautiful about playing and especially hearing a drum beat is the following: Hearing/Playing a drum beat evokes emotions.

According to Dr. Juslin and his team (Uppsala University, Sweden) the underlying mechanisms that explain why listening to a drum beat may evoke emotions are: reflexes, conditioning, emotional contagion, visual imagery, memory and expectancy.

When we go into deeper levels we can see that the amygdala and the brain stem are triggered. The amygdala is responsible for regulating emotions, and the brainstem is the center of vital functions such as heart rate, breathing and digestion.

Science rocks! It shows us that drummers can actually be smarter than their band members. Not only that but they can positively influence the people around them. Furthermore, we can safely say that this tells us that the drummer is the most important member of the band. No wonder rock lovers like to listen to a drum solo of over 5 minutes long.

10 things every drummer should know

Post Views: 105
We hope you love our reviews! For your information, we do earn money from commission in the link in the content! For more information click here!
ShareTweetShare

10 Tips for Drumming Quietly in Church